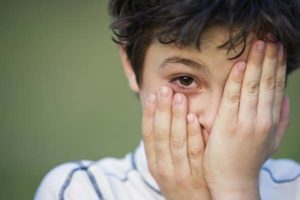 Allergic rhinitis, affects an estimated 40-50 million Americans. There are two major types: (seasonal allergic rhinitis) or (hay fever), caused by pollens and year-round rhinitis (perennial allergic rhinitis), caused by animal allergens, dust mites and indoor mold. Individuals frequently have both types. The symptoms, which can be very severe, include nasal and eye itching, stuffiness, sneezing, nasal discharge, and post nasal drip. These symptoms cause much suffering and often interfere with your ability do daily activities as well as get adequate sleep. In fact, allergic rhinitis, especially if untreated, may increase your risk of developing asthma and sinusitis. Allergic rhinitis often starts in childhood or young adulthood and usually persists for many years.

Allergic rhinitis can be effectively treated by your BVAAC board-certified allergist, who is an expert based on extensive training and clinical experience. Treatment includes avoidance, medications, and in some cases allergy shots. Allergy shots reduce your allergies long-term, even after they are discontinued. Allergy shots are cost-effective and may prevent the onset of new allergies as well as asthma.

Your BVAAC board-certified allergist will provide you with an individualized plan to alleviate your allergic symptoms so you can focus more on the important things in life. If you or a member of your family is suffering from allergic rhinitis, give us a call at 378-0080 or click the button below to make an appointment request online.