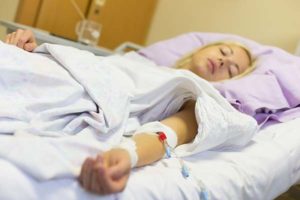 The symptoms of severe allergic reactions (anaphylaxis) include hives/itching, swelling, wheezing, throat constriction, vomiting, and dizziness. These symptoms can come on quickly and may potentially be life-threatening. Risk factors for a more severe allergic reaction having  asthma, the current use of a medication called a beta-blocker, and, in some cases, the use of a medication called an angiotensin-converting enzyme inhibitor (ACE-inhibitor) ( if swelling is one of the symptoms). 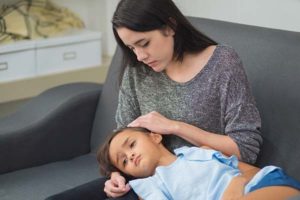 In order to diagnose a severe allergic reaction, your allergist will take an extensive history, examine you, and, in many cases, perform skin testing and blood allergy tests. Occasionally,  other tests such as a chest x-ray, lung function tests,  more blood tests, and skin tests to fresh foods may be needed. Unfortunately, a cause cannot always be found, and the diagnosis of a severe allergic reaction without a cause (idiopathic anapylaxis) is given. Severe allergic reactions without a cause (Idiopathic Anaphylaxis) has been extensively studied by physician-scientists and is probably caused by an unknown process within the body, as opposed to an outside trigger that is being missed.

Your BVAAC board-certified allergist will then formulate an individualized treatment plan. This plan will include extensive education on allergen avoidance, instruction in the use of epinephrine in an auto-injector (such as an Epi-pen) in conjunction with an anaphylaxis action plan, and avoidance of medications which might intensify the allergic reaction (e.g. beta-blockers, ACE-inhibitors). Your allergist willalso give you preventative medications if indicated, and opimize the management of your asthma, if present.

Epinephrine is the optimal treatment for a severe allergic reaction (anaphylaxis). It is commonly available in the form of an auto-injector called an Epi-pen which can be injected through clothing into the muscle of the front of the thigh in the event of a severe allergic reaction. Auto-injectable epinephrine wears off relatively quickly, so it is important to call 911 or go to an emergency room if epinephrine has been used.

Your BVAAC board-certified allergist has received extensive training and has many years of experience in the management of severe allergic reactions (anaphylaxis). If you or a member of your family have a severe allergic reaction (anaphylaxis) and need further guidance give us a call today at 208-378-0080 or click the button below to make an appointment request online.